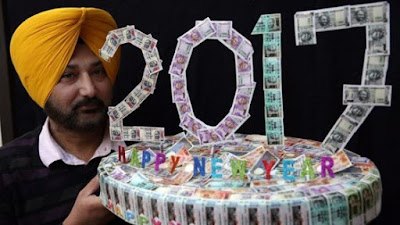 2017 cries out for a reawakening of collective struggle and class politics in an age of class war by the rich against the rest of us.


The wide and growing chasm between the richest and the rest of humanity makes the Grand Canyon look like a small sheugh. Just eight billionaires on the planet - yes, 8 men - have more combined wealth than the poorest 3.6 billion people on Earth.

The global elite gather in the Swiss ski resort of Davos for the annual World Economic Forum - to ponder how best to plunder workers' labour and the planet's resources for the maximum profit for this class of grotesquely rich.

They quaff champagne and canapés whilst talking about workers' productivity, in a world where one in nine people go hungry, according to Oxfam.


They arrive in private jets whilst pretending concern for climate change.


And just to ram home the class divide across the globe - even in Davos - the white-badged, tax-dodging elite at the WEF have access to the plushest of all posh parties, whilst the purple-badged support staff are excluded.


And these obscenities on legs have the audacity to discuss their 'concerns' about the rise of the populist right, the dangerously distorted backlash against their preferred form of exploitation - globalization. 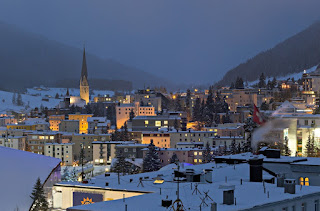 Planned Poverty
In our own small corner of this class-ridden globe, the UK's fat cat company executives earned as much - £28,200 - in the first two-and-a-half days of 2017 as it takes the average-paid worker an entire year to earn.


Put another way, the average top dog in the FTSE 100 companies grabs as much for himself as paid out to 10,000 workers in a Bangladeshi garment factory - with none of the risks to life and limb.


This gaping chasm between capitalist overlords and the real wealth-producing class - workers, of all kinds - is no accident of nature; it's the result of decades of conscious, savage assaults on workers' rights, organizations and conditions.


Especially over the past 30 years, since the defeat of the heroic miners' strike, wages have been slaughtered to the lowest share of national wealth since records began; the right and ability to combine in collective union struggle has been savaged by the worst  anti-union laws in the western world; casualised, insecure forms of employment have been deliberately used - in tandem with the weapon of fear - to turbocharge profits by enslaving millions in low-paid jobs.

'Precarious Pay Penalty'
Pressure groups and think tanks conjure up ever-new phrases for the same old super-exploitation of workers. The latest is a report showing that the one million workers suffering the nightmare insecurity of Zero Hours Contracts are hit by a 'Precarious Pay Penalty' of £1,000 a year. On average they are paid 38% less than similar workers - with similar skills, experience, education and background, in similar jobs - who are permanently employed.


ZHCs are proven to be weapons to deliberately drive down wages. 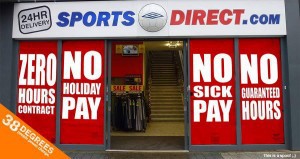 Struggle - or Things Can Only Get Worse
And things are set to get worse in 2017, unless a ferocious resistance is organised by workers, their unions and socialists.

Several new Tory measures are about to be implemented, designed to further batter down workers to boost profits. Their 2016 Trade Union Act makes it harder to hold strike ballots and threatens to criminalize strikers from April onwards.


Theresa May has pledged a 'Great Repeal Act' in the Queen's Speech this Spring, to provide Westminster a free hand to slaughter employment rights post-Brexit.


Brexit is a handy excuse to jack up prices, whilst wages are forecast (by the Tory government itself!) to remain stagnant until at least 2021.


Tory Chancellor Hammond has highlighted their willingness to cut corporation tax even further, in retaliation for any import tariffs from the EU, whilst shedding the 'red tape' of the European Court of Justice. Health and Safety regulations (of which 41 out of 65 originated in the EU) face a bonfire. The Tory Brexiteers see that, and the dismantling of EU Working Time Directives, as their golden opportunities to squeeze more out of workers, regardless of the effect on their health.

What is to be done?
The crunch question is what organised - and not-yet-organised - workers do about this cataclysmic catalogue of exploitation, job insecurity, poverty and inequality. And in Scotland, what the SNP government is prepared to do to resist - on behalf of the working class majority, not of capitalists yearning for a profitable place in the EU single market.

The recent wave of strikes by workers on the railways, airlines, Crown Post Offices and pockets of council staff are to be heartily applauded for putting up resistance.
But the trade union movement leadership has to do more than applaud; they need to coordinate and build such action, confronting the anti-union laws when they stand in the way of progress; defying laws against solidarity action; coming to the aid of any group of workers criminalized for picketing, under the Tory Trade Union Act.


Victories for workers and their campaigning allies in the gig economy - Uber, Deliveroo, etc - and other precarious sectors (such as hospitality) needs to be spread and replicated by a plan of action by all unions. 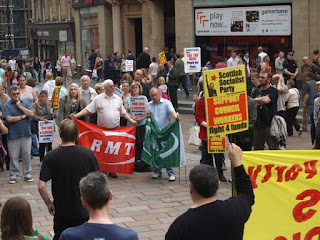 
Defy all Cuts
Council unions need to step up to the mark and resist savage council cuts, issued by Westminster, passed on by Holyrood, and implemented by Labour and SNP councils alike.

The call for No Cuts Defiance Budgets and cancellation of historic debts at council level, as a platform to demand back the £millions stolen by Westminster and Holyrood, is critical to this opposition - in the wake of 40,000 job losses in Scotland's 32 local authorities since 2007.

Central to the struggles required in 2017 are measures to combat poverty-stricken, insecure jobs, and its ugly twin, inequality.


Trade unions and socialists need to escalate the campaign for a decent living minimum wage - legally enforced - of £10 for all over 16. Not in 2020, but now!


Instead of letting Zero Hours and Short Hours Contracts drive down wages, we need to demand security of employment, including for workers who prefer part-time jobs. That's where the unions should adopt the pioneering demand - which I first raised in Break the Chains, and is now official SSP policy - for a guaranteed minimum contract of 16-hours-a-week, only allowing employers to give fewer hours when a worker, accompanied by their elected union representative, requests it.


Demand a Workers' Charter
Instead of offering a Hobson's choice between the UK's brutal anti-union laws - which the Tory Brexiteers want to make even worse - or the anti-nationalisation, anti-worker laws of the capitalist EU, trade unions and socialists should demand a charter of workers' rights from the Scottish government, demanding devolution of the powers to implement them.


The right to freely organise unions; full collective bargaining; the right to strike, including solidarity action with other workplaces; elected workers' committees to control day-to-day workplace operations and conditions; and elected boards of management with a working class majority - not token 'worker directors' who turn into prisoners and stooges of the capitalist chief executives.


Immigrants are Not to Blame
Instead of falling for the vicious lies about immigrants causing low pay or job losses - or even conceding an inch to this divisive deceit, as some union leaders have done with their talk of needing to 'control the movement of labour' - they need to fight for all workers, regardless of origin, to have the nationally negotiated rights, rates and conditions for the job, with unity forged in their unions. That's the method deployed by the RMT on the Seatruck freight ferries to the north of Scotland, to their eternal credit.

In the face of frightening new facts about appalling health risks through escalating air pollution in Scotland's streets, the unions and their political allies have a duty to popularize the case for full, democratic public ownership of our railways, buses and all transport. With the chaos on the railways, rip-off fares and cuts to bus routes, this is a policy whose time has come. 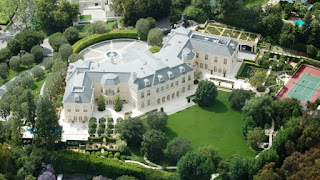 home of billionaire speculator Georg Soros
- not a supporter of a 10:1 maximum wage!


For a Maximum Wage Ten Times the Minimum
As working class people's fury at widening inequality grows, we have an opportunity to cut across the poisonous appeal of the populist right by broadcasting clear, fighting measures.

Alongside the fight for £10 Now - which the SSP has fought for consistently for years - we will campaign to convince the unions to champion a maximum wage. As a first, modest, even over-generous step, a 10:1 differential between the maximum and minimum wage would radically redistribute wealth.


When Jeremy Corbyn hesitantly floated a much-diluted version of the idea of a maximum wage - suggesting a 20:1 ratio between chief executives and their average employee in companies with government contracts - the press and Labour's right wing went apeshit, abusing Corbyn's idea as 'idiotic'. Instead of retreating in the face of this onslaught, the SSP is determined to make 2017 the year when a £10-an-hour minimum and £100 maximum is on the lips of tens of thousands as a key weapon against poverty and inequality.

2017: a Year for the Fearless
This is not a year for the faint-hearted. But as the cliché goes, when the going gets tough, the tough get going.


If you're working class, the going has been tough for far too long.


It's time to get going in a battle to reverse the tide, with fighting slogans and a willingness to struggle against all the vicious forces waging class war in defence of profit, poverty and poisonous inequality.

Posted by Richie Venton at 08:35 No comments: